Xiaomi is a very well-known name in the smartphone industry. They are known as flagship-killer for excellent features in budget. Like smartphones, Xiaomi has officially launched Mi Flash Tool Beta for its users.

The flash file for Xiaomi is mainly used by users if they wish to switch to a custom ROM by flashing the existing stock firmware. There already exists a Mi flash tool in the market. So why did Xiaomi launch a beta version of that?

The reason is, the beta version has been officially launched by Xiaomi for their users. It’s still in a testing state. That’s why it’s called beta. So we’re here with a complete guideline on the new beta version of the Mi flash tool. Keep reading…

Simply put, the flash tool is an application that can be used to flash your mobile phone. But always remember that the flash tool varies from model to model. The Mi flash tool is specially designed for Mi devices to unbrick or unlock your Mi phone’s bootloader.

Some people get confused between the Mi flash file and Mi Flash Tool Beta. Well, both the files or applications have the same task- that is, to flash your device. But the beta version is a little different from the other one. We’ll get back to it in the latter part.

Another thing to note is that your Xiaomi device needs to have a Qualcomm processor if you wish to flash it. If it that anything other than it, then this flash tool might not work. Also, the Mi flash Beta is available for both 32 and64 Bit.

Now that you know what a Mi flash tool beta is, now it’s time to know its features. But before we start, just know that, although it’s a beta version, but it’s a lot more smooth and has much more features than just flashing your device.

Another good thing about the beta version flash tool is, it comes with a whole package of all the drivers, software, and obviously the flashing tool.

Xiaomi took this issue into account, and they released the beta format for the flash file with all the inbuilt drivers.

The Mi Flash Beta lets you flash your device in 3 different options. They are-

If you are getting confused between the second and the third option, the second one won’t remove the ram on your device. The second one remains in default while you’ll be using the Mi Flash beta 2018 or the newer one.

It’s very easy to use because it only needs to be installed, extract and then run. And you can flash your Mi devices with Qualcomm devices with only one click.

How To Use Mi Flash Tool Beta Version

Before you head on to use the Mi flash tool beta in your device for flashing it, you first need to download the flash file. After downloading, you can then use it.

If you want to further proceed to the next steps, i.e., that is flashing the device, here’s how to use the Mi flash tool beta version in your device-

3. After you’re done selecting the mode, click on the option right next to the refesh option. That is “flash.”

Flashing is for people who want to experience different custom ROMs and other facilities that are not available in stock ones. If you’re one of those, you can surely use the download link of the Mi Flash Tool Beta file that we provided above to download it. And follow the guideline to use t to flash your device.

But before flashing the device, do keep in mind the drawbacks of flashing a device. Thank you! 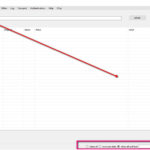 Mi Flash Tool Download All Version For Windows And Mac 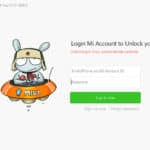 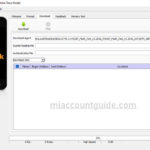