Xiaomi is one of the most popular android phones at present. Especially in Asia, it has immense popularity and a vast user base because of its affordability and convenience of use.

Xiaomi is basically a China-made product. There are some rules and regulations of the Chinese government to manufacture and set up the functionalities in the brand phones.

But you can add it manually in your set. Here is a step-by-step guide for you on how to install Google Play Services on Chinese Xiaomi phones. Follow the steps below to solve the issue.

To install Google Play Services on your Chinese Rom Xiaomi phone, you need to make some changes in your phone settings first. Then, you can go on the further process.

Step 1: Unlock your phone screen and go to the “Settings” menu.

Step 2: Scroll down and enter the “System & Device” option in settings.

Step 3: Inside System & Device, you’ll find a sub-option called “Additional Setting”. Tap on the option, and then you’ll find the “Privacy” option.

Step 4: In Privacy, you’ll find the “Allow Sources” bar turned off. Please turn it on to allow the installation of apps from unknown sources.

Step 5: When you’ve turned on the allowance, a pop up will show up, having two options, “Cancel” and “OK”. Now press “OK”.

Step 6: At this point, your device is allowed to download apps from unknown sources. So, you can now install Google Play Services easily. Before that, you need to do something additional. It is downloading the “Google Installer” first.

Step 7: Go to your browser and search for “Google Installer APK”. When you find it download the APK version by tapping on “OK” when the download permission pops up.

Step 8: Once it is downloaded, another popup will show. Press “OK” on the pop up to install “Google Installer APK”.

Step 9: When the installation is complete, you’ll see the App Installed screen. Tap on “Open” to run and proceed further.

Step 10: Now you’ll see the Google Installer icon with some texts below. And right below, you’ll see a big blue circle icon texted “Install” within. Tap on this blue install icon to install Google essential apps.

Step 11: At this stage, Google Installer will let you install

But you can’t install all the applications altogether. You’ve to go one by one to install them.

Step 12: Install all of the applications one by one. After you complete one application, another will pop up to install. Have some patience and install all.

Step 13: In the installation process, when you finally reach to install Google Play Store, install it as the previous all.

Step 14: Once installed, tap on “Open”. It will take you to add your account interface.

Step 15: If you already have a Gmail account enter your mail in the box and tap on “Next”. If you don’t tap on “Create New Account”, and create your Gmail account.

Step 17: Now, on the screen, the data will ask you to press “Accept”, and with this, you agree to the terms and conditions along with the privacy policy of Google Play Store. Tap on “Accept”, and you’re done.

It is time to explore all the Google and android apps you need. There will be no issue using them on your Xiaomi Chinese version from now on.

Another way to download Google Play Store/Services on your Xiaomi Chinese Rom model is to install it through the MI App store.

However, if it doesn’t work, the APK download will indeed work out.

Tip: If you find it hard to understand everything (Texts) in the Chinese version, you can download the keyboard or change the language option in the settings in English first.

How do I install Google play services on my Chinese Xiaomi phone?

As Xiaomi Chinese version androids aren’t allowed to have Google apps, it becomes an additional task for the users to add it manually. To run all Google apps and YouTube, you need to do it.
You can either directly install it through the app store on your phone. Or, you can download the Google Installer APK first from your browser and then install all the necessary Google applications.

How do I reinstall Google play services on Xiaomi?

You can reinstall it if you’ve mistakenly uninstalled Google Play Services on your Xiaomi phone. Nothing to worry about. To do it, see if your Google Installer is installed or not.
If it is not, you’ve to install it first and redo the process that you did to install the Google apps in the first place. You’ll be done.

The answer is that the Xiaomi Chinese Rom version can’t directly access Google Play Store. Because it is restricted by the government to produce these phones having the accessibility of Google Play Stores.
Instead, Xiaomi has its own App Store for necessary apps. Still, if you feel you need Google Play Store, you can install it manually following the above steps.

Now, we’ve reached the end of the discussion on how to install Google Play Services on Chinese Xiaomi phones? Hope that you got all your answers regarding it now.

It may take up some of your valuable time to set everything up, but it is worth it. Because what’s an android without Google Play Services and all other apps from Google?

Have some patience and follow the steps above to install Google Play Services and Google Play Stores on your Xiaomi Chinese phone. 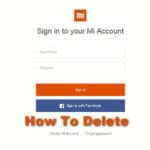 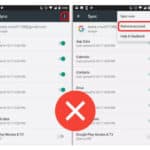 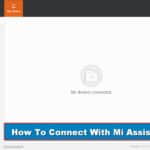 How To Connect With Mi Assistant: Step By Step Guides 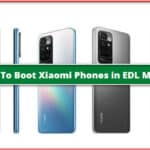 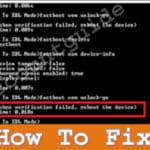 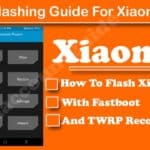 How To Flash Xiaomi Via Fastboot And TWRP Recovery [Guides] 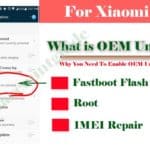 What is OEM Unlock Android? And How To Enable Step by Step Guides 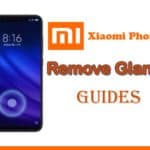 How to Remove Glance from Lock Screen Xiaomi Phones?