Paramount Plus is a name that has gone very trending recently. It didn’t fail to grab the attention of the people of every generation because of its enchanting surprises. As a streaming service, Paramount Plus already made its name remarkable.

Because who doesn’t like a streaming service that has a ton to offer to its consumers? Being one of the enthusiasts you might be wondering about Paramount Plus channels, shows, its subscription plan and all.

Well, there is nothing to worry about. Because we bring you everything served in a silver platter regarding it right here. Just stick around to the end and learn the exciting offers you can get out of Paramount Plus.

So, let’s not waste any more time and dive into the deep sea of Paramount Plus offerings.

What Is Paramount Plus?

Do you remember CBS all access? Paramount plus is just a rebranded masterpiece of it. The newly named streaming service has live TV and a handful of on-demand content to offer you. Truly,  it looks like a major improvement from its predecessors.

You’ll get the best ideas when you’ll start personally using it. Before that, hear from us to get a more detailed idea about Paramount Plus and its services.

With 30,000 TV episodes and 2500+ movie titles you would never get bored on Paramount Plus. The contents come across Viacom, CBS’s brands and production studios conglomerate.

The service of Paramount Plus is different from your cable TV plan. It needs a secured internet connection similar to other streaming services. You just have to connect your device (Mobile/PC/Laptop/Smart TV) to the internet and then enjoy the services.

Paramount Plus includes the most popular channels of all time like CBS, MTV, Comedy Central, Nickelodeon, Smithsonian Channel, BET, Paramount Pictures and many more. There is no limit for ranges of channels and shows both for live and on demand here.

Among them you would find live sports, breaking news and all the entertainment as they claim the mountain of entertainment.

In sports you get-

Paramount Plus also promised to air 1000+ live sporting events per year. So, as a reality turn to what they promised they featured some exclusive Soccer matches as well.. You’ll also get to enjoy massive sports talk shows like, “Inside the NFL” on Paramount Plus.

Moving on to the news section on Paramount Plus, they heavily lean on to content that is available on your local CBS station. People who only care about the CBS-related channel for news can get it locally.

But Paramount Plus has something more exclusive to offer beside it. It has the popular 60 minute franchise of  The Lie Detector, a true crime documentary series. It is from the makers of the great “48 Hours”.

Along with this, Paramount Plus got some exclusive documentaries for you based on the biggest newest stories of the time.

Besides having the 30,000+ TV episodes and 2500 movie titles, their original content created a great impact as their key to success. Have you ever streamed an original series  on CBS all access?

If so, you would surely get that on Paramount Plus and that’s going to give you a mind blowing experience.

Paramount Plus promises the users that they will present a minimum of 50+ original series in the next two years. The big news is, it includes a reboot of “Frasier” which has been making big headlines already.

Another good news for Trekis is, the popular “Star Trek” franchise will be there on Paramount Plus. So, Star Trek fans are going to get a boost indeed.

Other original series from Paramount Plus includes-

Everybody wants to watch the latest big hit film right away after the release. But people who try to avoid theaters find it difficult to get the new hot sauce in the bucket.

So, you’ll get to watch the big title movies like, PAW Patrol: The Movie, Mission: Impossible 7 and A quiet Place Part II, right after a short time of release.

Remember the 2500+ movie titles Paramount Plus talked about? To be successful and keep their promise they have reached a deal with epics to gather films of different varieties from plenty of different studios.

There are basically two tiers for Paramount Plus subscription plans. One is the ad-supported plan, which is also called the essential plan. The other is the premium plan.

A Little Clarification: The ad supported plan is simple, you get to see ads. But in the premium plans, you won’t see ads. However, you can’t get over ads in this plan when you’re watching live TV.

You’ll get the CBS live feed with the premium plan only on Paramount Plus. If you’re interested in Viacom CBS owned content that is on-demand, you still need to get a paid TV subscription.

How do I get Paramount Plus on my TV?

If you have a smart TV like LG, Android, Samsung or Fire TV, you can simply install the Paramount Plus app on it and enjoy your show.
Some gaming consoles like Xbox or Playstation also support the Paramount Plus app. So, you can surely use one. You can also enjoy it on your phone or connecting the phone to the TV using a HDMI cable.

Is Paramount Plus ABC or CBS?

Paramount Plus is CBS. It is the renewed brand of CBS all access. You’ll get the CBS related channels which are owned by ViacomCBS here.

What channels come with Paramount plus?

If you’re still reading, hope that you got a vivid idea now on Paramount Plus Channels, Shows, and their Plans. As you got the details now, you should think about whether you want a subscription or not.

For a friendly suggestion we could say, if you’re only looking for sports and local news, Paramount Plus might not be a good deal for you. Because, you can get it from your local CBS station at a cheap price. Why would you spend extra?

But, if you’re an entertainment freak as well as a live TV lover, you must give Paramount Plus a chance to prove its worth by subscribing to one of its tiers. If you’re still doubtful, get a 7 day free trial to understand your thoughts. 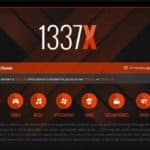 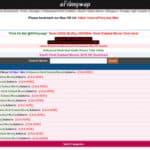 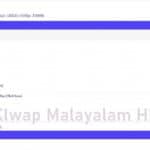